Tim Taylor is an award-winning fine art photographer and adventurer whose life’s passions take him to  the dramatic snow laden peaks of the high Himalaya and other mountainous regions. Tim has led and participated in expeditions around the globe for over a decade. 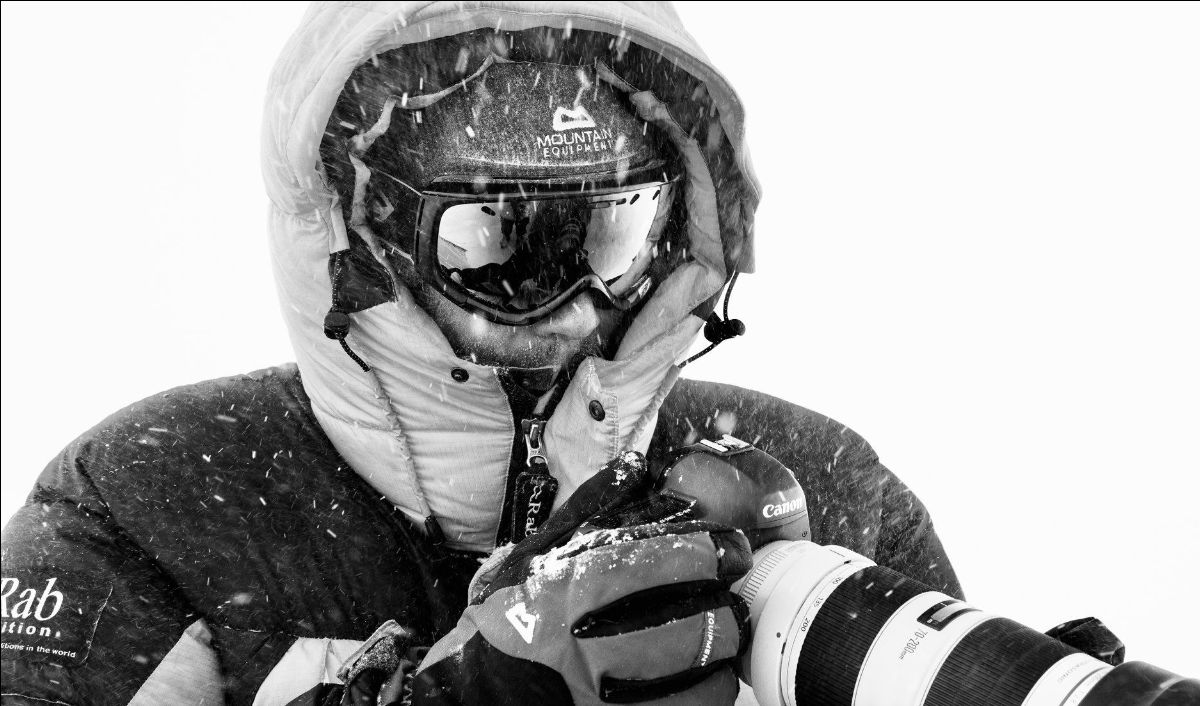 Tim's photographic equipment can vary depending on the type of expedition he is on, however the Canon is his camera of choice as it handles the subzero climate well.

His latest series of work, “Kosmos', is inspired by the extreme high altitude of Makalu, a peak in the Himalayas that is not quite as tall as Everest but still the fifth highest peak in the world.

Over the past five years, the project has spanned four continents and involved major expeditions to the extreme high mountain environments of the Himalaya, Karakoram, Patagonia, Alaska and the Pamir’ s. Since 2014 he has spent a combined total of more than 365 days on expedition, living and working in some of the most remote, inhospitable, wilderness environments on the planet.  The sheer physical feat of reaching these summits with the equipment, combined with the opportunity he seizes to take these  stunning photos, makes for an awe-inspiring ride when face to face with his work. 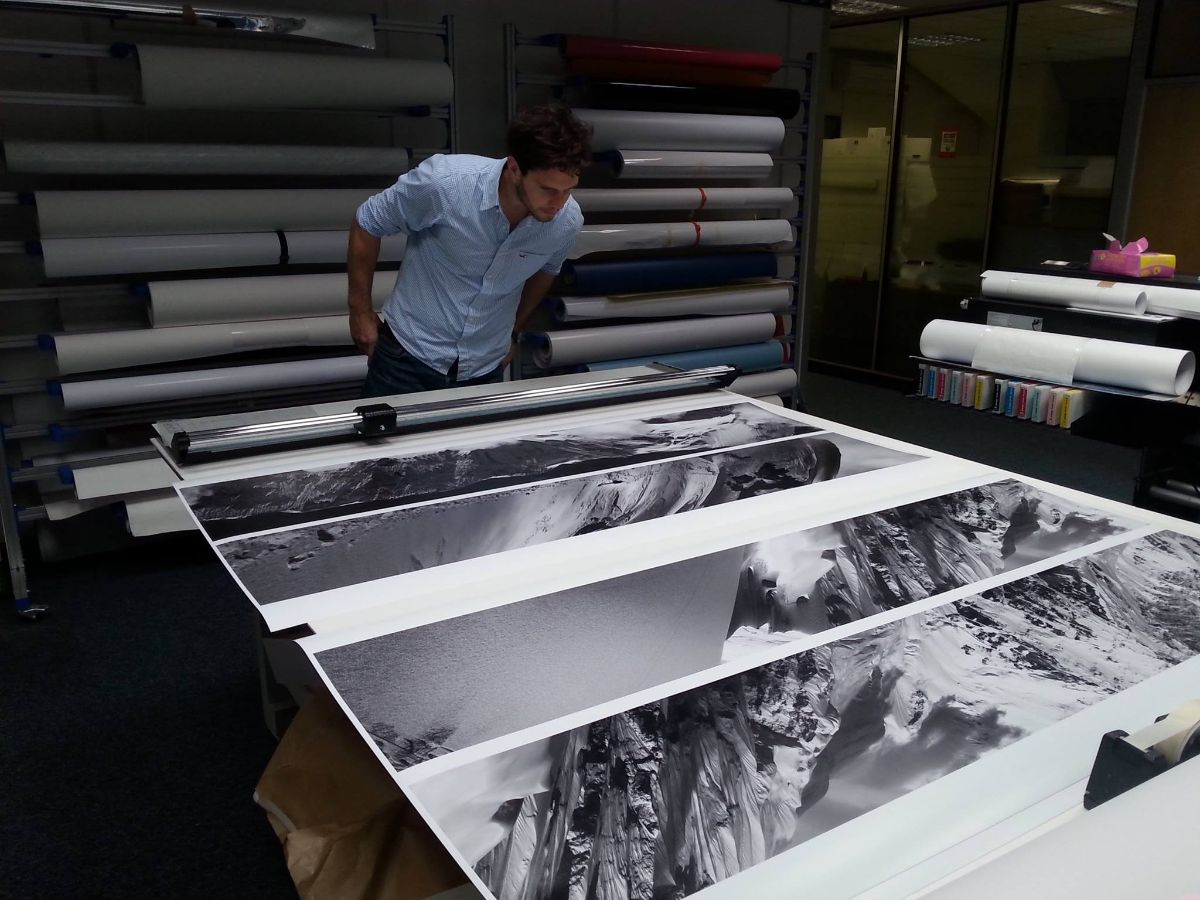 Tim viewing proof prints for a private view at the Royal Geographical Society.

This exhibition explores Tim's journey from the edge of some of the most precarious ridges and treacherous climates to the proofing of his limited edition prints in the studio.  Tim's powerful photographic work has been widely exhibited in large scale exhibitions including at the Royal Geographic Society and is held in private and corporate art collections.  In 2014 he was runner up for the  'Extraordinary Single Image in the photographer of the year award, as well as commended for the  'Wild Stories' Portfolio in 2014. 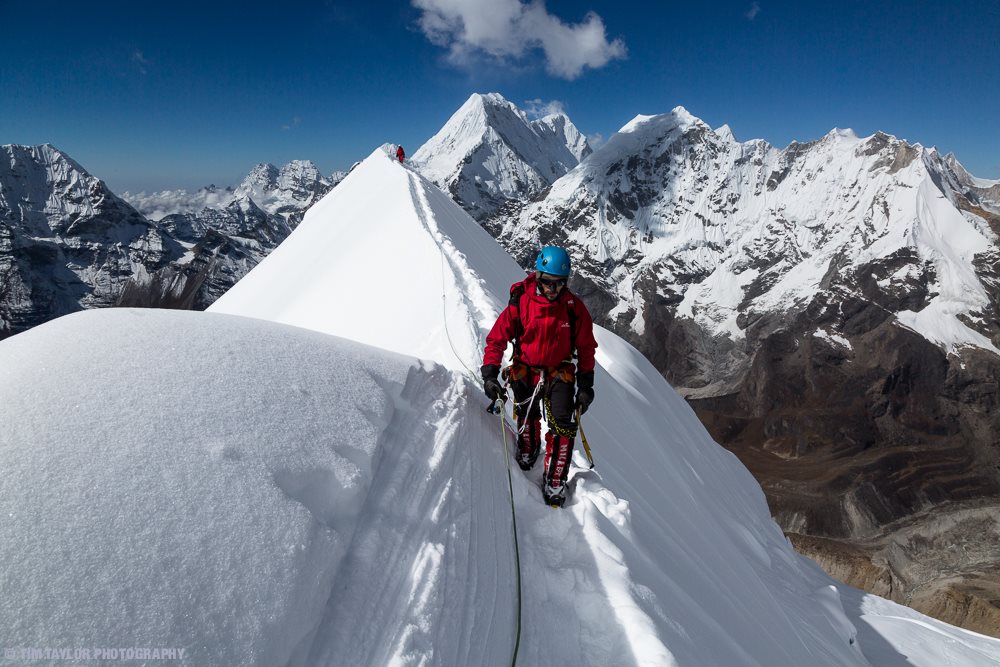 Tim Taylor - Kosmos opens 17th December with a talk by the photographer at 7pm and continues through January 18th 2020.